After reading several articles regarding Australia’s ambition to become hydrogen powerhouse producing from renewable energy hydrogen (H2) that will be exported particularly to countries such as Japan, China and South hydrogen would be liquefied, loaded into special transport ships and taken to Japan and Asia by sea. . “Hydrogen is the energy of the future,” according to Japanese Prime Minister Shinzo Abe, who believes there could be a market of one trillion yen annually from the hydrogen economy by 2030.

Romania like Australia has the potential to be renewable energy superpower and the largest generator and exporters of renewable energy in Europe. Its capacity to generate wind, solar, waste to hydrogen power is huge. Hydrogen is versatile, transportable and flexible fuel and can also be in the shipped in barges in the form compressed liquid hydrogen.

Romania with substantial wind, solar and waste to energy resources has the potential to be a leading hydrogen society in South East Europe given the abundant resources such as brown coal (Lignite), municipal and industrial waste that will produce through Ultra Heat Temperature (UHT) zero emission gasification into a road quality hydrogen transport fuel and turn its waste into an export commodity.

Loaded with compressed hydrogen, new H2 barges will be running on liquefied hydrogen, propelled by fuel cell that produce electricity with zero emissions of CO2, sulphur or particulates. Although inland water transport is regarded as one of the cleanest means of transport, the European inland fleet is very old. The average age of its inland barges is 25 years. There are already barges in use carrying compressed Liquid Natural Gas (LNG). Hydrogen is versatile, transportable and flexible fuel that can be shipped in barges in the form compressed liquid hydrogen transported as fuel and cargo for (H2) barges along the Danube inland navigation corridor to Northern Europe.

Romanian law makers have a duty to champion the use of hydrogen to exploit massive solar, waste to energy and wind resources into alternative ; Polluting brown coal and plastic and other waste converted to hydrogen in the context of a “pathway to a sustainable future”.

Creating an export market for unused renewable energy resources and toxic waste into zero emission hydrogen is a natural step for the Romanian economy. The use of zero emissions hydrogen could also attract energy intensive industries to Romania using cheap renewable energy, making Romania a local super-power of low-carbon economy.

Hydrogen is the next big step to make renewable energy rival and overtake fossil fuels. Romania is blessed with unlimited renewable energy resources possibilities. Hydrogen now can supply 18 per cent of the world’s final energy demand. It would reduce annual CO2 emissions annually by six gigatonnes and create 30 million jobs globally in a $ trillion market.

UHT syngas will turn all matter of organic waste that cannot be recycled can be turned by off-the-shelf hydrogen technology into road quality fuel.

UHT zero-emission system converts a wide spectrum of waste materials into useful transport fuel products; these include syngas, hydrogen, ammonia, and liquid fuels. With its modular design, UHT has the ability to scale its transport fuel solution – providing customers and partners the flexibility to address individual needs. The sophisticated UHT gasification zero emission system is not to be confused with incineration or other gasification technology, which work at far lower temperatures and leaves behind all sorts of toxins – not to mention significant amounts of ash. The UHT system’s de-molecularisation capabilities allows for complete detoxification of waste-streams. UHT is TRL 7 ready for marketing and operations in Europe and globally. The UHT (1400 C o) waste-to-transport fuel system has been in development over 15 years of engineering since its original concept and is designed to completely vaporise the waste-stream; which alternatives gasification technologies do not. 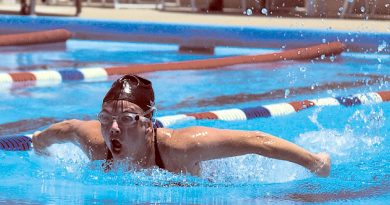